Citizen Me: Let's Go Outside

It was important to us that we dig out the earth from around the cellar. Although we had a damp course we felt it would help to keep the apartment dry and free from the musty smell one often gets in basement apartments. Also there was a driveway located very close to the side of the house and by tiling the area around the house we would provide a place for the children and a terrace for other activities such as sitting out and even barbecuing. 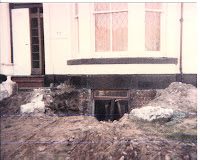 So a recap. Here on the left is where we began the Big Dig-Out! Below left is Andrew, age 3 and the newly created doorway and door -- and lots and lots of rubble -- most of which was saved and put to use in other ways later on. On the right are the new French doors which will eventually open out onto a patio. As you can see there is a lot of sand. Southport is built on sand hills -- which contrary to many peoples belief is very good to build on -- as long as there is no seepage or way for the sand to get washed away... 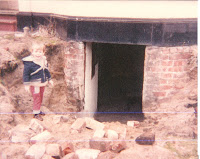 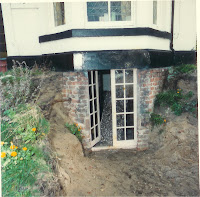 The Man now had to learn how to use a stone cutter. I can't remember if he leased one or our builder leant him one -- one thing is for sure -- he had his work cut out for him!! 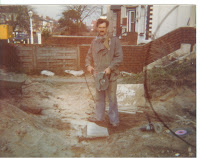 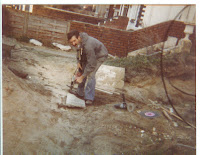 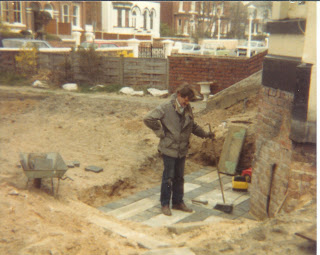 Directly above, a great feeling of accomplishment! The stone was removed from the basement floors before the damp course was laid and the dark tiles were 'donated' by the local council when they put in new footpaths. 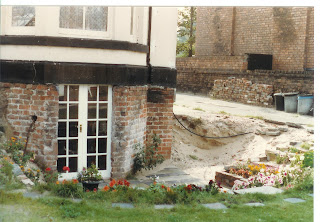 As you can see from the picture above, the side of the house is yet to be cleared. But still the sand was swept away enough to find some enjoyment for the little boys. 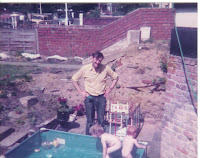 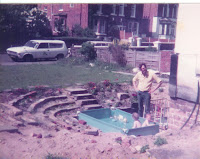 We were fortunate that that summer was warm and the boys were able to enjoy the benefits of a paddling pool. And before long things were appearing -- on the outside -- quite civilized. What is it they say about appearances being deceiving?! 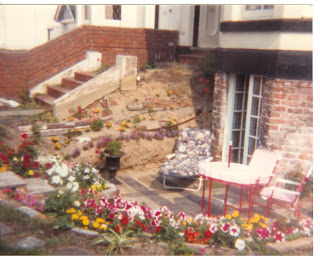 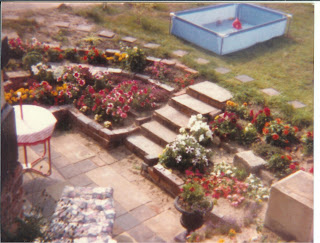 The final  photographs show the  area along the side of the house after it was finished. 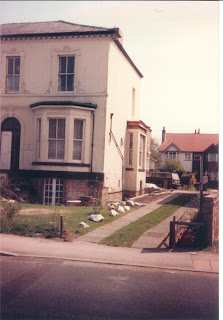 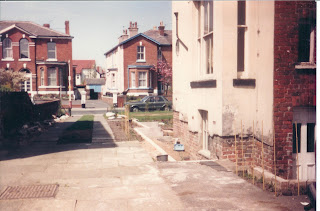 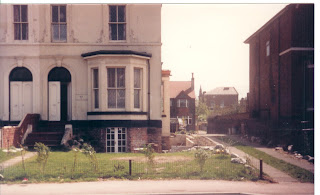 And a reminder of the back 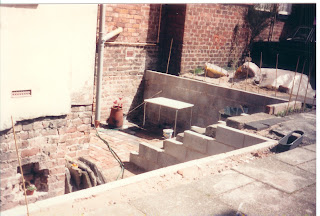 Email ThisBlogThis!Share to TwitterShare to FacebookShare to Pinterest
Labels: rennovation