Advent Is not Christmas! 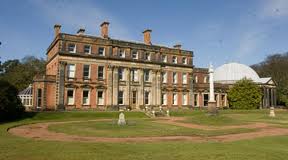 This year as a prelude to the madness of the pre-Christmas period I took the opportunity to attend a 'Quiet Day' that was organized by our vicar. The venue was the very beautiful and exquisitely peaceful, Ince Blundel Hall, a Roman Catholic Convent and Nursing Home.

In his opening remarks, the vicar proclaimed, "Advent is not Christmas". In fact, he repeated this phrase several times throughout the three lectures of the day. Advent is supposed to be a time of preparation, of contemplation, of expectation,  and of desire. It is easy to find this special time 'eclipsed' when so many 'Christmas' celebrations seem to be held before the fesival day actually arrives -- all the singing of Christmas Carols and Christmas dinners and parties, for example. By the time Christmas Day arrives and the festivities begin -- many of us are physically exhausted. Spiritually, many of us are not ready at all. And when this happens, Advent has been 'eclipsed' -- sometimes even before it has begun!

This Quiet Day was a good way to reflect on  this Time of Preparation. The rooms we were able to use were elegant and relaxing. I felt surrounded by prayer and holiness. The sisters were a calm and peaceful presence. The world outside may tend to scoff at the monastic life as inconsequential, but a few hours spent here and I felt I was in an atmosphere that gives to this world a presence, a force of good that continually and diligently benefits humanity. 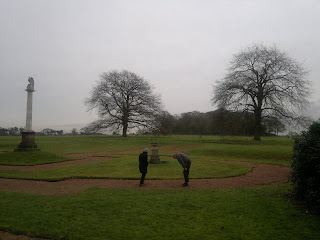 I love it when I hear something in a lecture I've never before considered: The Advent/Christmas period is particularly suited to the North of England because the steely climate is of death and rebirth. I was reminded of these two carols, much favoured in this part of the world:

Hills of the north, rejoice;
river and mountain spring,
hark to the advent voice;
valley and lowland, sing;
though absent long, your Lord is nigh;
he judgment brings and victory.

Advent is a time of more darkness than light, but the darkness gives way to the light and the 'Kyrie' comes to the 'Gloria'.  In his concluding remarks, the vicar said that "Advent is the eruption of eternity into time." and  "The Advent season is about the pursuit of wisdom." This reminded me of the Antiphons which are a very beautiful part of the Advent tradition and are said from the 17th to the 23rd of December:


O Wisdom, you came forth from the mouth of the Most High and, reaching from beginning to end, you ordered all things mightily and sweetly.  Come, and teach us the way of prudence.