So there I was cooking dinner Wednesday evening last. The wind was gathering apace as had been promised all day by the weather forecasters. The Man was on the phone in the other room. There was a bit of a shudder and a banging sound. I looked out the utility room window thinking that probably the dustbins had toppled over, but saw nothing really amiss. Outside the bay window in the kitchen I could see nothing in the darkness. I continued cooking and the wind kept on howling.

A little while later and The Man and The Boy came for dinner. At some point I managed to drop something -- I don't remember what -- on the floor and The Man said, "You sure have been dropping and banging around tonight!" I informed him that it was the first thing I'd dropped all evening.

He looked rather puzzled and I explained that something had been crashing and banging outside. Immediately Man and Boy went outside to properly investigate and discovered that a tree had fallen and was leaning against outside the kitchen wall. As we three sat around the kitchen table I suddenly saw that the tree outside the window seemed about to blow over. In fact, the tree that had been leaning against the wall had fallen to the ground! The wind kept blowing.

The next morning I walked into the kitchen to find: Lots of branches! 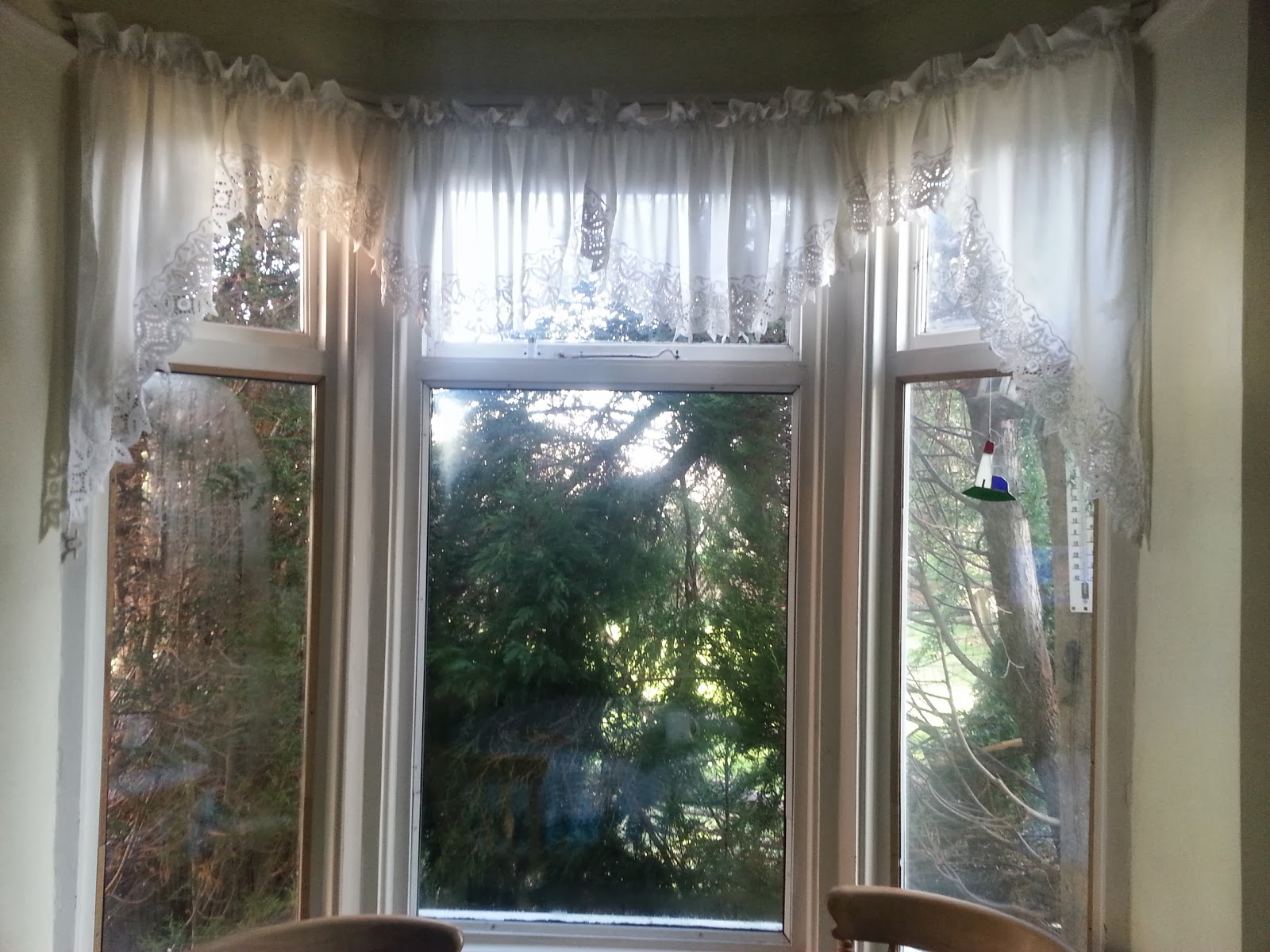 The view from the utility room showed: An large uprooted leylandii tree! 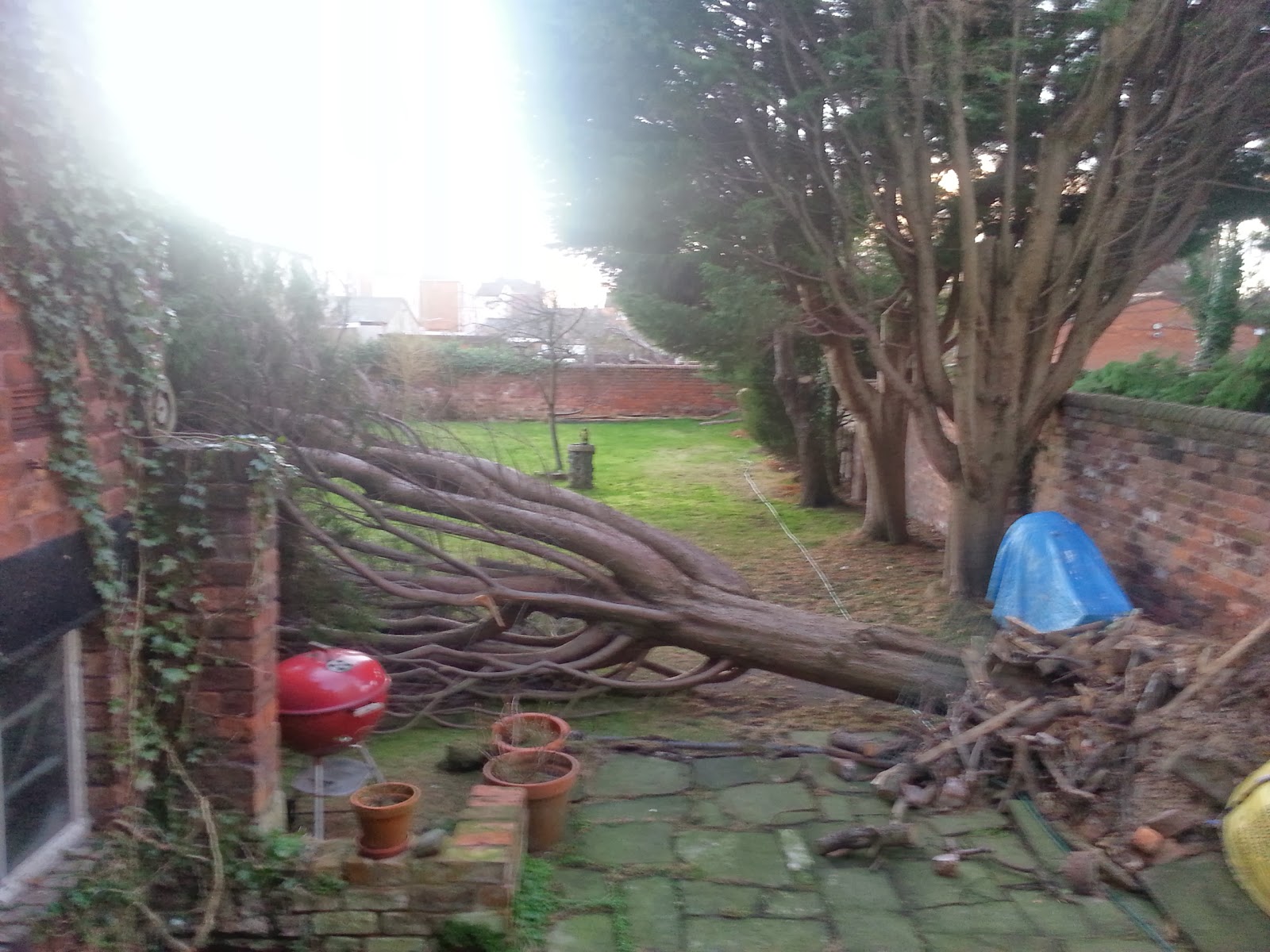 That had fallen very close to the bay window where we had all been sitting to have our meal, the branches barely brushing against the guttering of the window's roof! 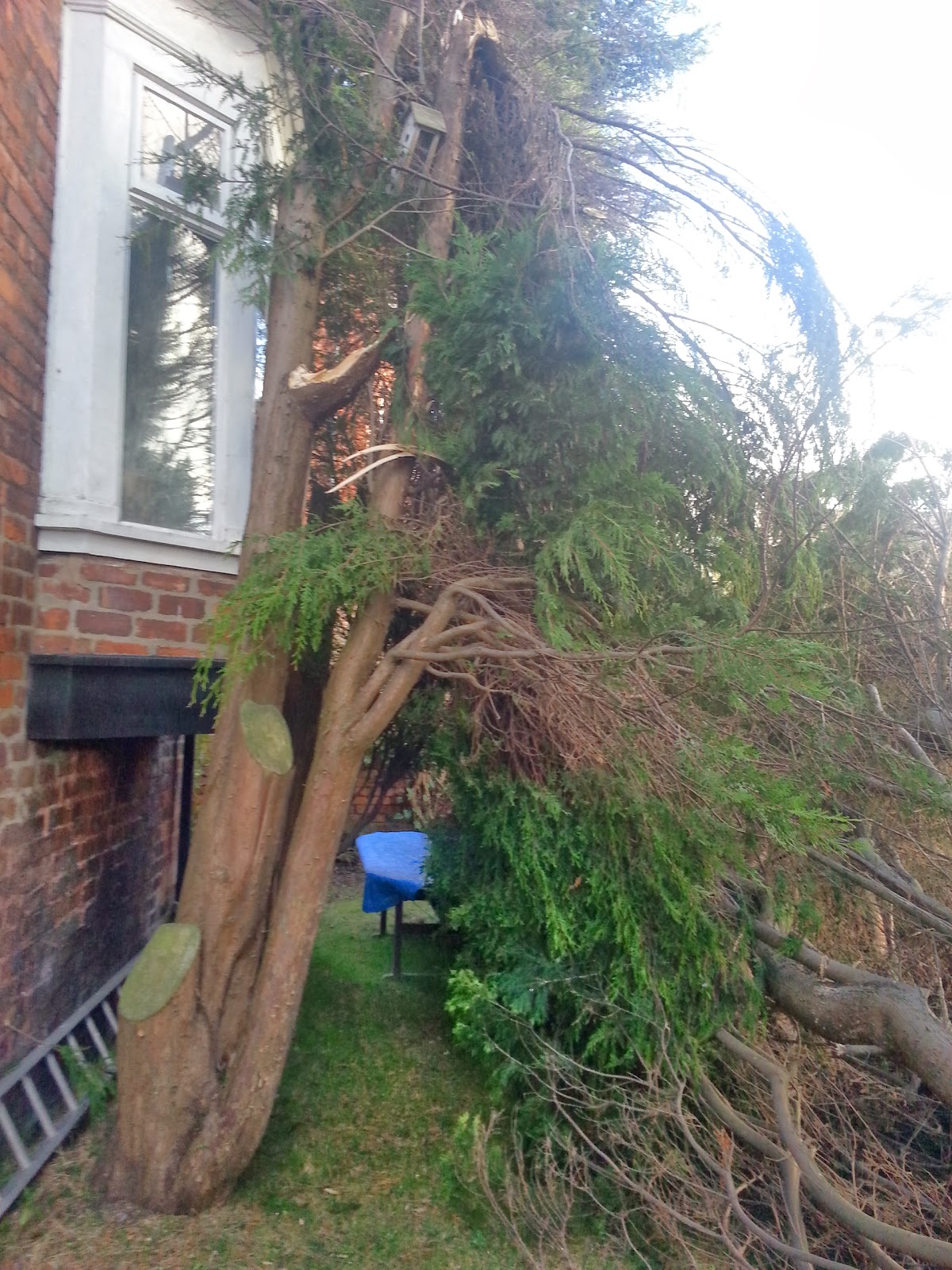 And the tree by the window had snapped in half as the larger tree fell to the ground...

The Man got his chainsaw out and had a very busy day... 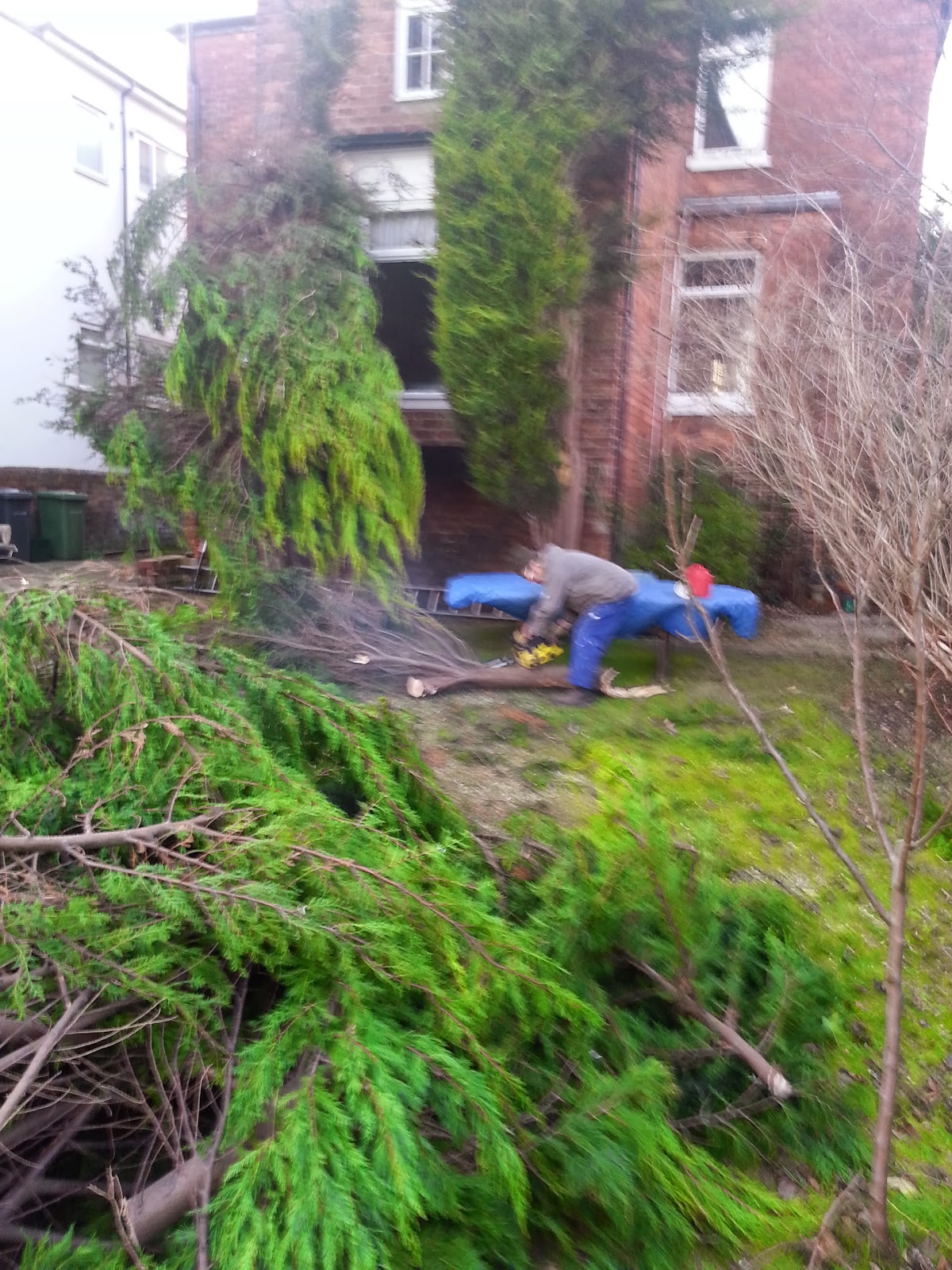 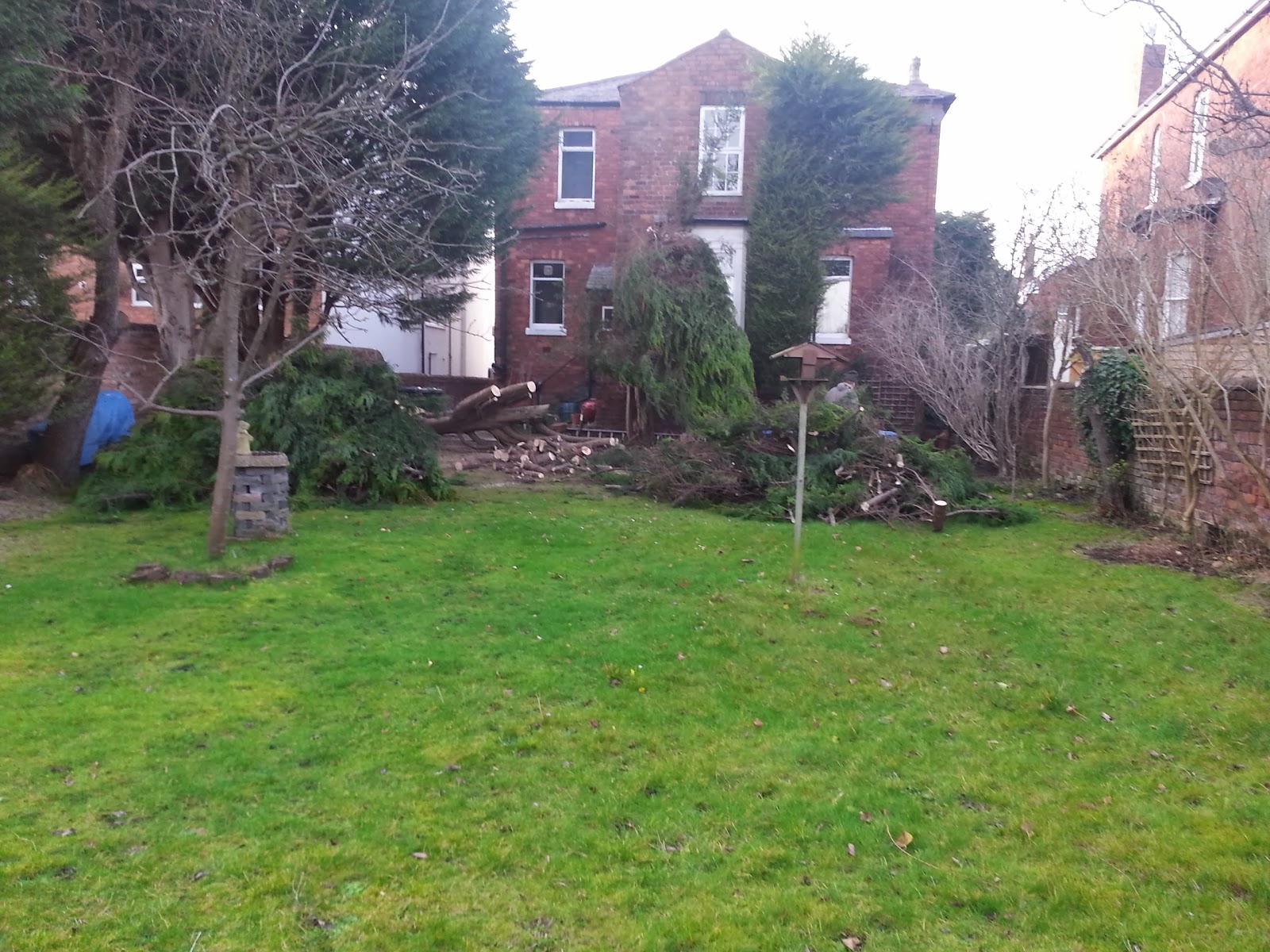