Tomorrow it will be a week since I left -- whatever 'time' means! The time difference between New York and South Korea is 11 hours and between here and London it's 7. We arrived in Incheon Airport on time at noon on Thursday the 9th of October -- having left from Manchester, England Wednesday, 9.05 a.m. It was 1 am my time when our final plane finally touched down.

One of the last through immigration, which did not take very long, I was surprised to discover the luggage was waiting for us and the carousel emptied! Impressive... Soon we were through and being greeted, hugged, and kissed and maybe even a tear or two!

Soon we were on our way -- 5 hours to our final destination: Daegu, South Korea -- a long way from home!

On our way I discovered the rice fields were golden and ready for harvesting. And these golden fields were surrounded by mountains, very similar to the Appalachians -- old and worn, but tree covered. And all the towns we traveled by have tall white tower blocks of apartment buildings -- dozens of them towering into the skyline with mountainous backdrops. The Korean people prefer to live in these towers to having their own house. In fact there are very few private houses anywhere around.

But first we stopped in Waegwan for Sam's brothers, Galen and Louis, who bounded out of the apartment building within seconds of our arrival! The picture above was taken about two minutes later. My abiding memory will be one of lots and lots of NOISE for the next several hours! 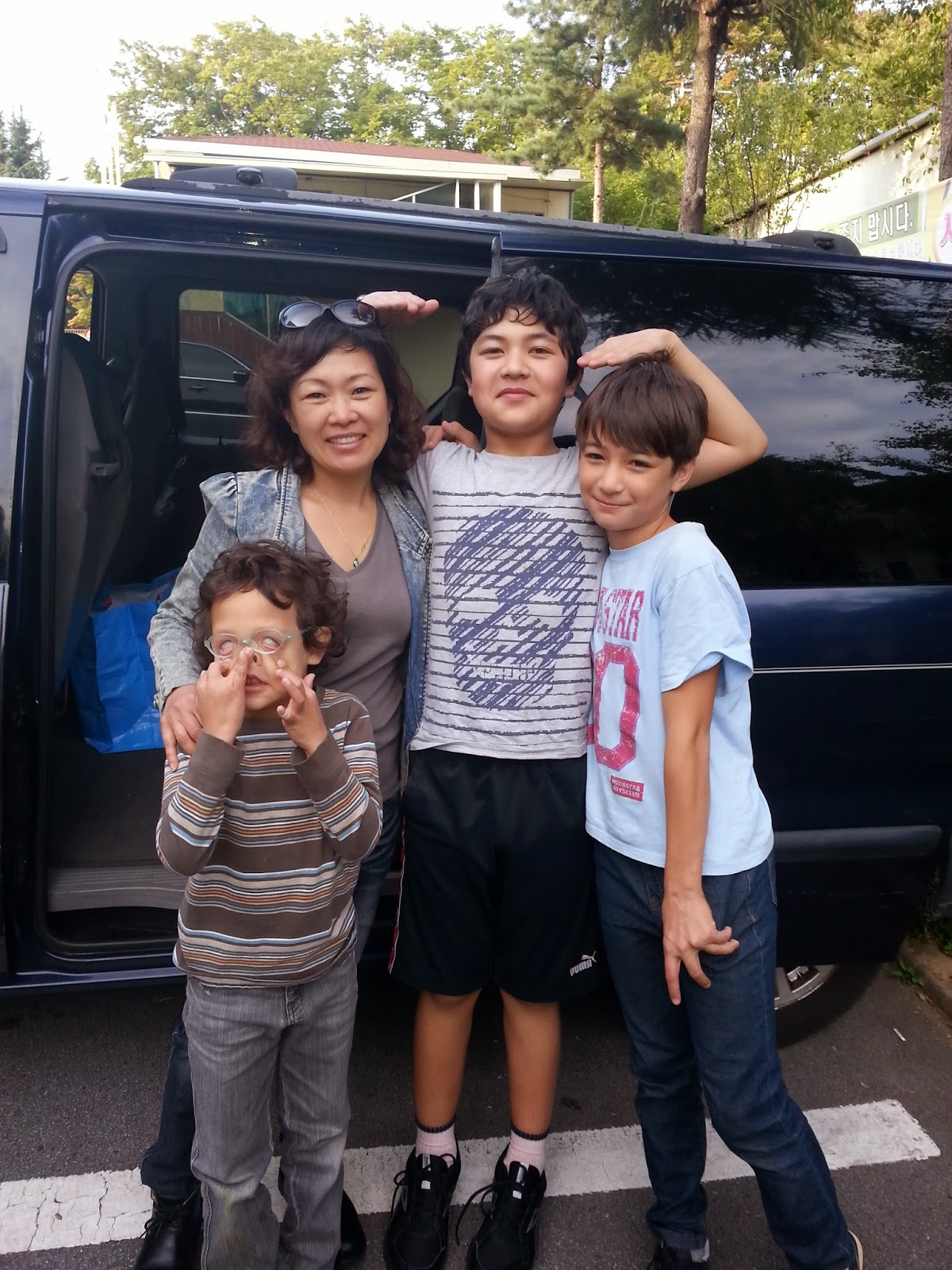