Battling the Elements, so to speak...

Yesterday, on my way to tea at a girlfriend's house, The Man took me first to Morrison's Dry Cleaners to pick up my down jacket. I was anxious to get it  because the weather here has turned decidedly chilly -- especially when considering the wind/chill factor. Suddenly, instead of the plus three the thermometer was reading, it was feeling like minus eight. (We are talking centigrade, here, folks!) I picked up the jacket and before leaving the store I took off the padded raincoat I was wearing and donned the much warmer downy replacement and followed The Man who had left a few minutes earlier to wait for me in the car.

Just as well I had donned the down! Several paces from the store a sudden fierce whirlwind took hold of me and spun me around -- I was holding the coat I had been wearing earlier, which didn't help. At the same time a mixture of rain, snow and sleet lashed down upon me making it almost impossible to see. It was difficult to stay on my feet, but I did manage to make my way slowly toward the car. At last, I was nearly there only a few more seconds ...

when what to my wondering ears did I hear, but the car starting up and thrown into gear!

Horror struck and wind blown I watched as the old red Volvo wound its way to the other side of the car park to the entrance of the store I had just exited. Snow and rain and hail, not to mention wind continued to pummel me and I began to try to get to where the car now was. Then The Man saw  me and slowly made his way back to where I was standing. I opened the door -- not easy in the wind and with the elements making their way into the car before me and The Man bawling me out for not waiting for him in the store like any sensible person would do!!!

I closed the car door and the wind stopped, as did the snow, as did the rain, as did the sleet. Then The Man took me to my girlfriend's house, where I had a very nice cup of tea and a delicious piece of cake!

Here are some pictures from my friends in Cape Cod where a blizzard is a blizzard: 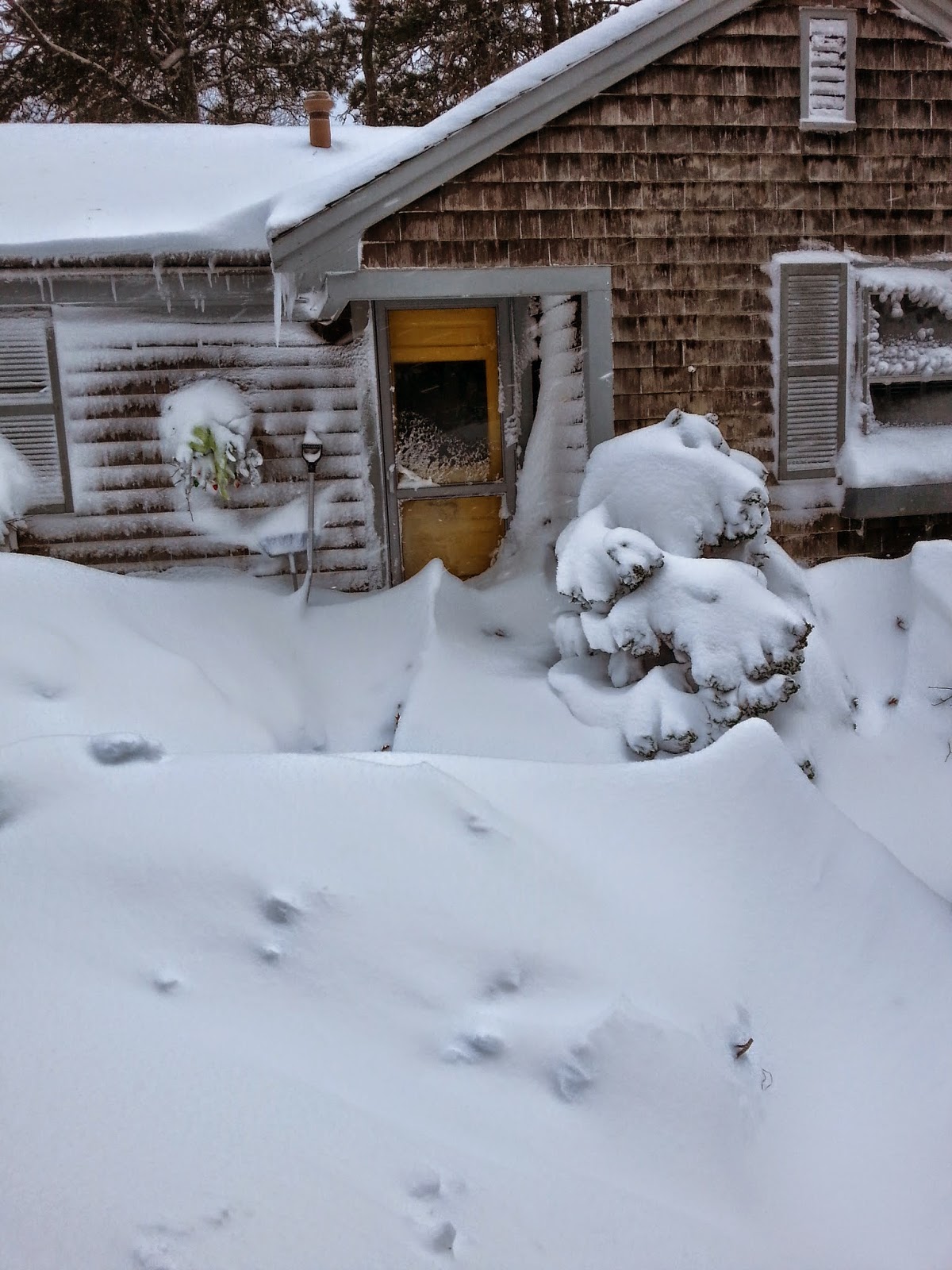 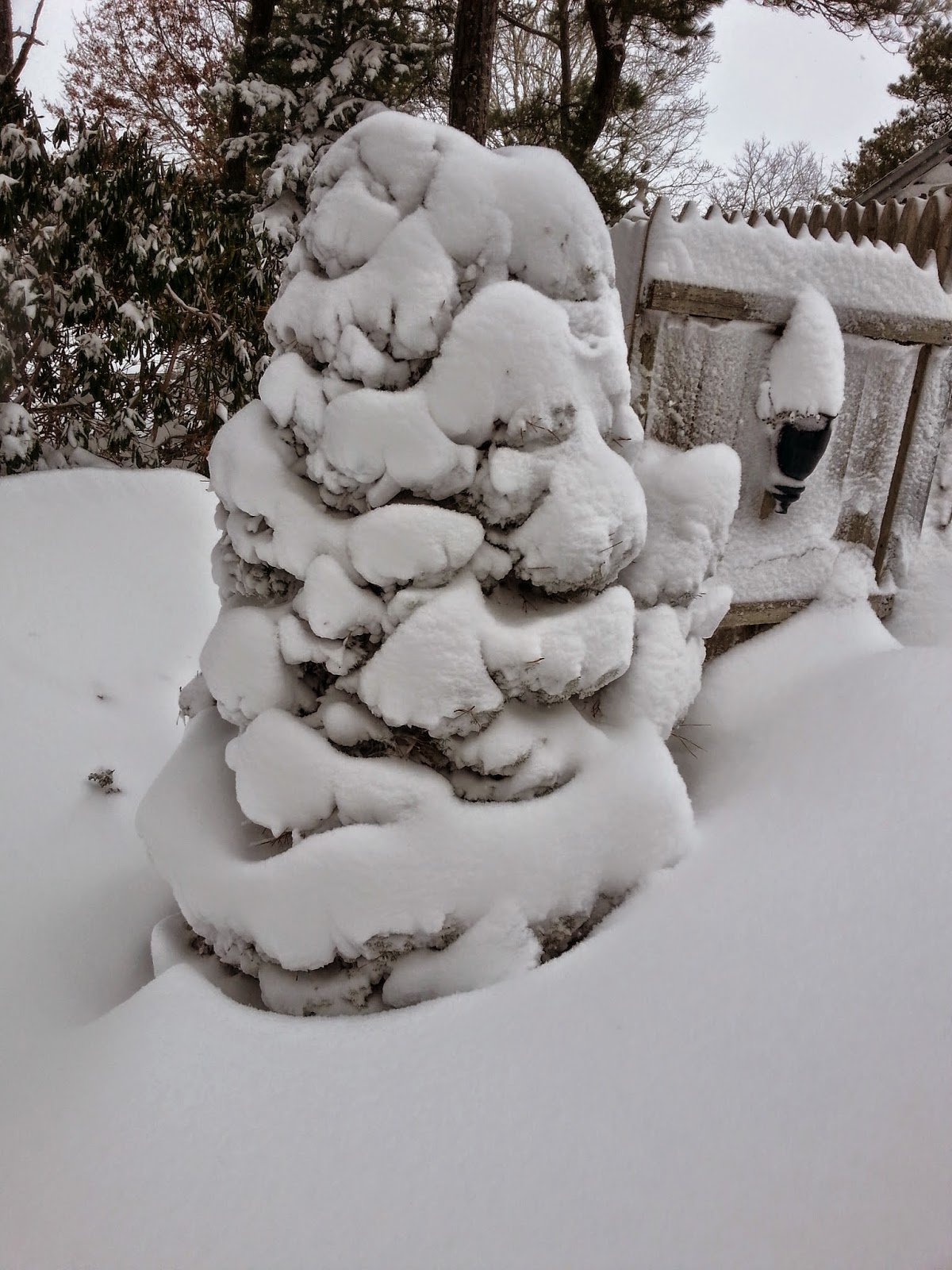