December was a very sad month for my family. My dear brother, Bill, died on the 30th of December of congestive heart failure due to Parkinson's dementia. I have written about the onset of his illness. Looking back over my posts in 2014 I am surprised to discover that I did not blog anything about my visit with Bill in April. I had not idea it would be the last time I saw him.

He was living in a nursing home in Raleigh, North Carolina, near his wonderful only son and wonderful daughter-in-law. They picked me up at the airport and I was welcomed with open arms.

When I saw my brother the next morning, he was greatly changed from the athletic 6 foot three inch 'big' brother he had been when I last saw him 20 months earlier. Bill had always stood straight and tall. When I saw him for the first time in the nursing home I was taken aback to see him hunched over on a sofa like a very old man.

He knew me right away and with a little prodding straightened up and was ready for a visit. I had been well prepared for his disorientation and confusion about where he was and what he was doing there. Since his collapse several months before his mind had become seriously re-wired. For example, as we walked along the corridor together he explained to me that this was the railroad station and we were walking along the track. Walking to his room later, he pointed out that several of the rooms were the offices of the CEO of his company. However, he was able to come back with me to his son's home where we enjoyed a barbecue and sat outside in perfect Raleigh spring weather -- no bugs and no extreme heat!

In November Bill had a fall and broke his hip. The prognosis was that we would be wheelchair bound -- probably permanently. In early December my two sisters were able to visit him for the first time and they had a lovely visit, which Bill and they very much enjoyed. His son told me that it was soon after that that he began to fail. He called me on Boxing Day, December 26, to say that his father had become very lethargic on Christmas Day and that his Doctor said to prepare for the end -- probably that night. They were surprised he managed a few days more. He was only 64...

The same day, my mother, suffering from old age dementia and very very confused, was moved from her nursing home to a new place 10 minutes away from my youngest sister. Life throws up such sudden unexpected changes. From one day to the next the world can turn upside down and turmoil reign. But when I stop to examine my life and my family, I see how fortunate I am that we are so loving and kind and caring toward each other and that is truly a great deal in this life. 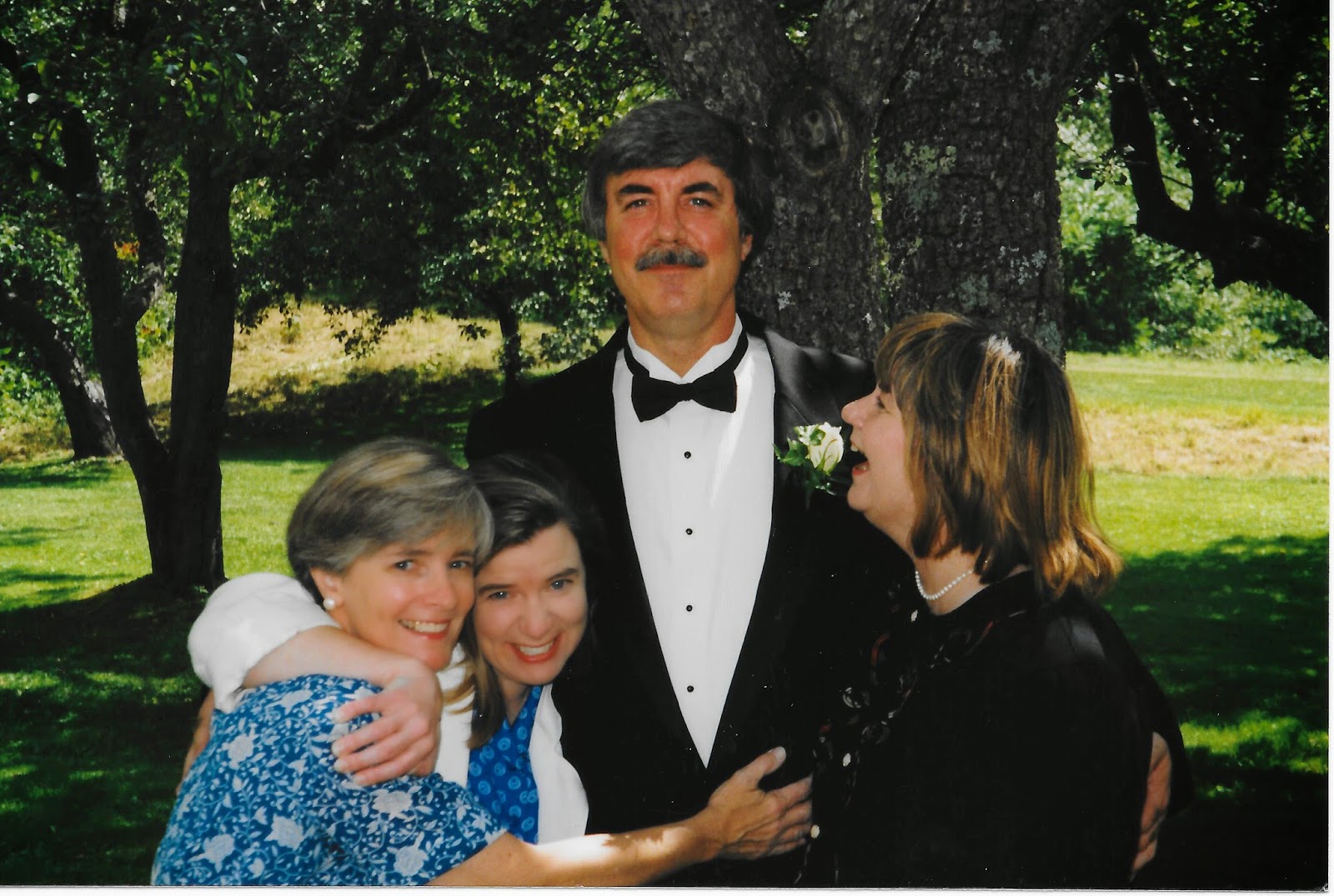